Italy captain, Giorgio Chiellini has said that he sees England captain, Harry Kane as a technical player that can shoot well from distance, take free-kicks and is good in the air.

The Juventus defender said that he is a big fan of Kane, adding that he was impressed when he first played against the England striker in a friendly in Turin.

Chiellini said this during his pre-match press conference ahead of Italy's Euro 2020 final against England on Sunday night at Wembley Stadium.

"I remember the first time I played against him [Harry Kane] in a friendly in Turin, and I was immediately impressed with how many different attributes he had," Chiellini said.

"He is technical, shoots well from distance, good in the air, and takes free-kicks... I am a really big fan of his, just ask Fabio Paratici (former Juventus director of football, now at Spurs).

"We have spoken about Kane so much over the years.

"I will now have the "good fortune" to come up against him again. It will be a tough battle, but an exciting one." 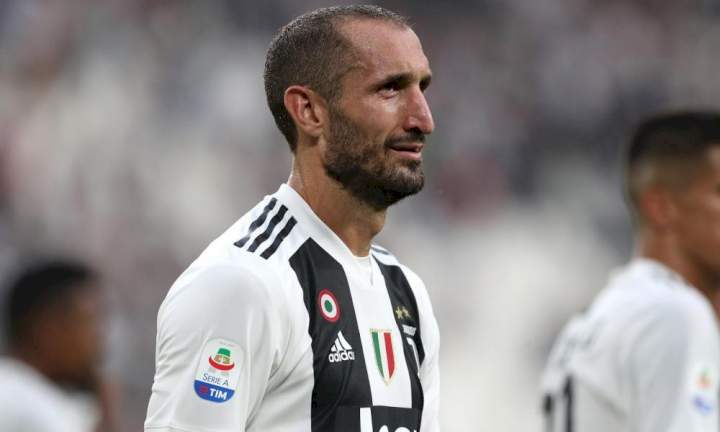 You should have left Juventus earlier - Chiellini hits out at Ronaldo