Paul Pogba and Bruno Fernandes have vowed to 'come back stronger' and respond with a spirit togetherness in the wake of Manchester United's Europa League final loss to Villarreal.

Ole Gunnar Solskjaer quickly turned his attentions towards recruitment in the aftermath of United's crushing defeat, calling on those with the purse string to support him and the squad with 'two or three' additions in the summer transfer window.

But it's clear Pogba and Fernandes take full responsibility for the side's disappointing performance in Gdansk and the midfield duo took to Twitter to express their emotions for the first time on Friday.

Pogba thanked United fans for their support and said the squad would 'look forward' to the season ahead with a positive attitude.

'I needed some days to reflect after the match,' the France international told his followers.

'Of course, very upset not to win the final but we're a team that will look forward with our heads held high.

'Thank you to all of the fans for the support. We will come back stronger.'

I needed some days to reflect after the match . Of course, very upset not to win the final but we’re a team that will look forward with our heads held high. Thank you to all of the fans for the support. We will come back stronger.

'We win together and we lose together,' Fernandes, so often the Red Devils' go-to man and talisman this season, tweeted.

We win together and we lose together, when someone fails we all fail, when someone scores we all score, when someone does a save we all save... Always UNITED #mufc pic.twitter.com/vY2MapUVmw

Fernandes had an uncharacteristically quiet evening in Poland and club legends Paul Pogba and Rio Ferdinand credited Villarreal boss Emery with 'snuffing out' and 'nullifying' the Portuguese's threat.

'We spoke a lot before the game about the effect Bruno Fernandes has for United,' Scholes told BT Sport shortly after the final whistle.

'Unai Emery is probably the first manager who has really tried to snuff that out and he did that tonight.

'Whoever was closest to him got really against him. Capoue especially was the one, [Francis] Coquelin when he came on got right against him. Don't let him get his head up because he will destroy you.

'And tonight I don't really remember him having an effect on the game.'

'Bruno, as Scholesy said, was absolutely nullified and he was close down at all times and the space for people like Mason Greenwood, Marcus Rashford and Edinson Cavani to get behind and exploit that space - with their pace and movement and anticipation - was never there today.

'You have to give credit to Unai Emery today because he got them tactics spot on.' 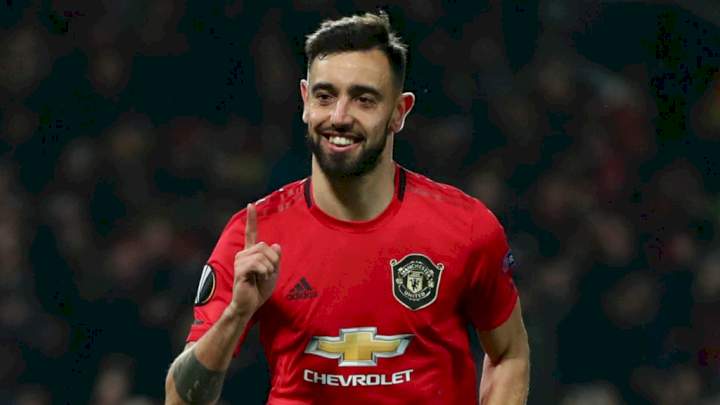