Although Henderson has emerged as United's first-choice goalkeeper in the Premier League, starting 10 of the last 12 games, Solskjaer opted to pick De Gea between the sticks for Wednesday's showpiece in Gdansk.

The Spanish side went ahead on the night through Gerard Moreno, but Edinson Cavani tied the scores in the second half as a largely tame affair had to be decided by a penalty shootout.

De Gea faced 11 spot-kicks and saved none before missing the decisive final penalty himself, and many United fans had questioned the decision to leave the 30-year-old in goal.

At his post-match press conference, Solskjaer was asked if he had considered bringing Henderson on for De Gea given their respective penalty records and replied: 'You go through every scenario, of course.

'It had crossed my mind in the build-up to the game but we were confident in David and we'd prepared.

'But anything can happen in a penalty shootout, so I stuck with the keeper who had played all of the game.'

Despite winning the toss to decide which team takes their penalty first, United's skipper on the night Bruno Fernandes chose to go second - even though statistically that is a disadvantage.

Solskjaer, though, played down the importance of the midfielder's decision and was happy with how his penalty takers performed.

'I've not asked Bruno who won the toss, I let him get on with it,' explained the Norwegian.

'We had penalty takers who were confident, we made some changes to get [players] on to take penalties, but we just couldn't stop them scoring!' 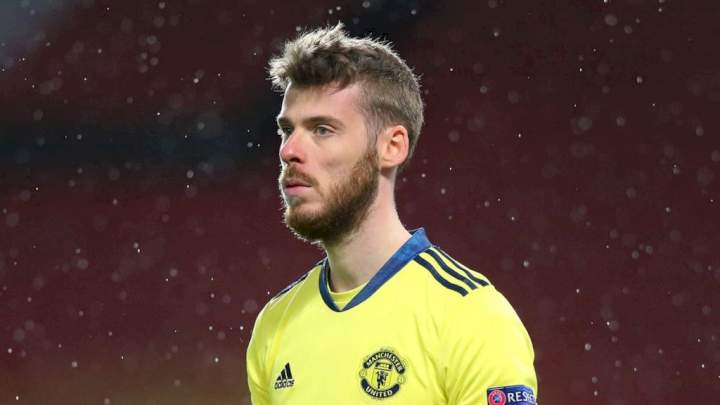