Bayern Munich striker, Robert Lewandowski has brushed off talk of comparisons between himself and the two great players, Cristiano Ronaldo and Lionel Messi.

The Polish striker suggested his performance levels in recent years stand up to scrutiny with regard to works done by Barcelona king, Messi and superstar, Ronaldo.

Messi and Ronaldo have held the football world to standstill for over a decade, dominating the conversation with regard to the best player on the planet.

The Ballon d'Or award was skipped this year due to the COVID-19 pandemic.

Lewandowski helped Bayern to the Bundesliga and Champions League trophies.

"Messi and Ronaldo have been sitting at the same table, at the top, for a very long time, and that's what makes them incomparable," Lewandowski told France Football.

"So to answer your question, I can't imagine myself next to them in this point of view.

"That said, if you take the numbers for this year and even previous ones, I think I'm pretty good in terms of performance and goals scored.

"Failing to be at the same table as Messi and Ronaldo, I think I can invite them to eat at mine!"
Robert Lewandowski won the Best FIFA Award for 2020, beating off competition from Ronaldo and Messi.

The Best FIFA Awards was launched in 2016, after France Football broke the Ballon d'Or away from world football's governing body after corruption allegations. 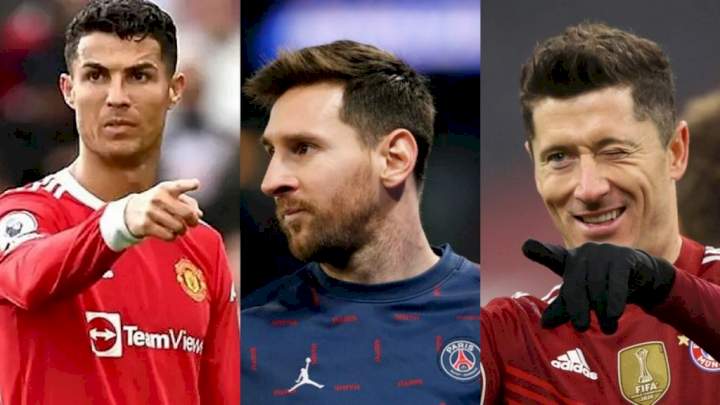 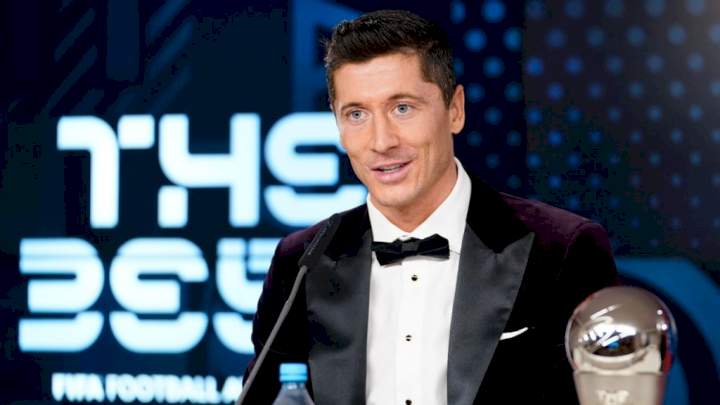